With the earlier efforts in halving the size of Lightlog also came a need to change the components used for sampling light. The previous designs using four light dependent resistors (LDRs) behind coloured filters, one for each red, green, blue, and a clear filter for white, takes up a large amount of the board space. The LDRs tolerances are also usually not all that close, perhaps up to 10% variation, so they each required calibration in software at testing at different levels of light intensity. Quite a manually intensive process when trying to build more than a handful of devices!

The solution to all this is to switch to an integrated digital light sensor that combines all colour sensors into a single chip, pre-calibrated, and in a tiny surface mounted package. After much searching and testing, the TAOS TCS34725FN seemed to be the best choice. It has a wide light dynamic range, and uses a built in infra-red (IR) filter to block IR from the sensors – preventing erroneous colour signals in some lighting situations as sunlight has lots of IR component. The sensor also connects directly to the existing I2C interface used by the 64Kbyte EEPROM memory already in Lightlog, this has the pleasant side effect of freeing up four pins on the micro-controller that can now be used for extra features.

The new sensor does need a fair amount of extra code to configure correctly, take readings, and then process the data, but it does give more consistent data that’s, at lest theoretically, much finer in resolution. 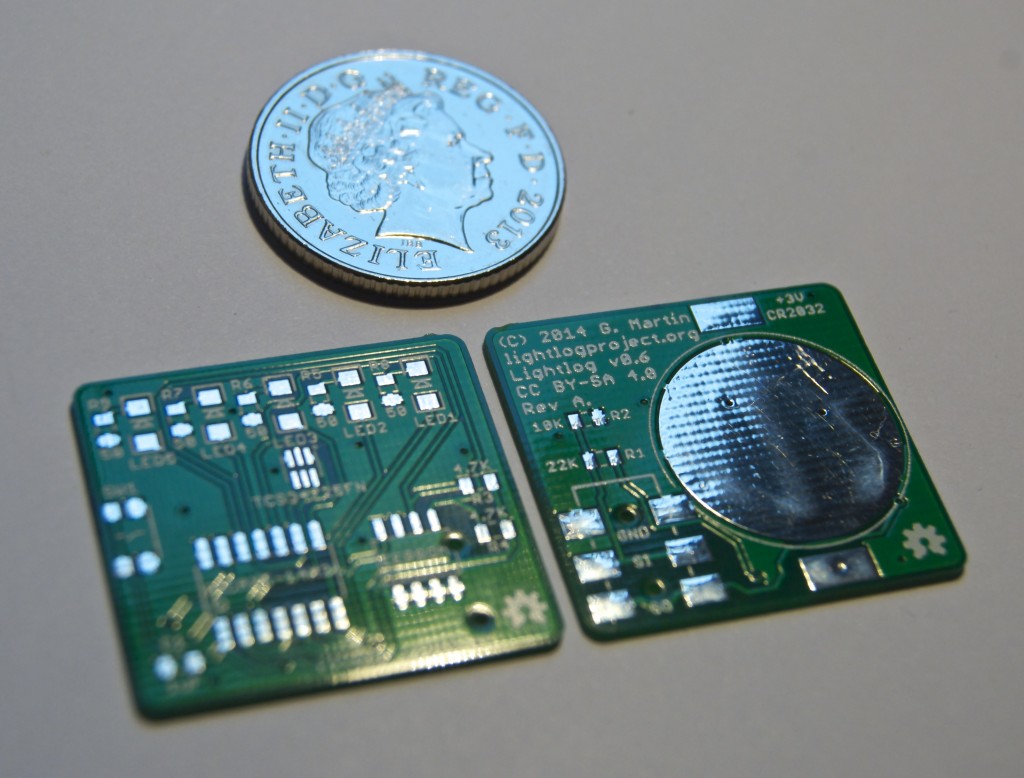 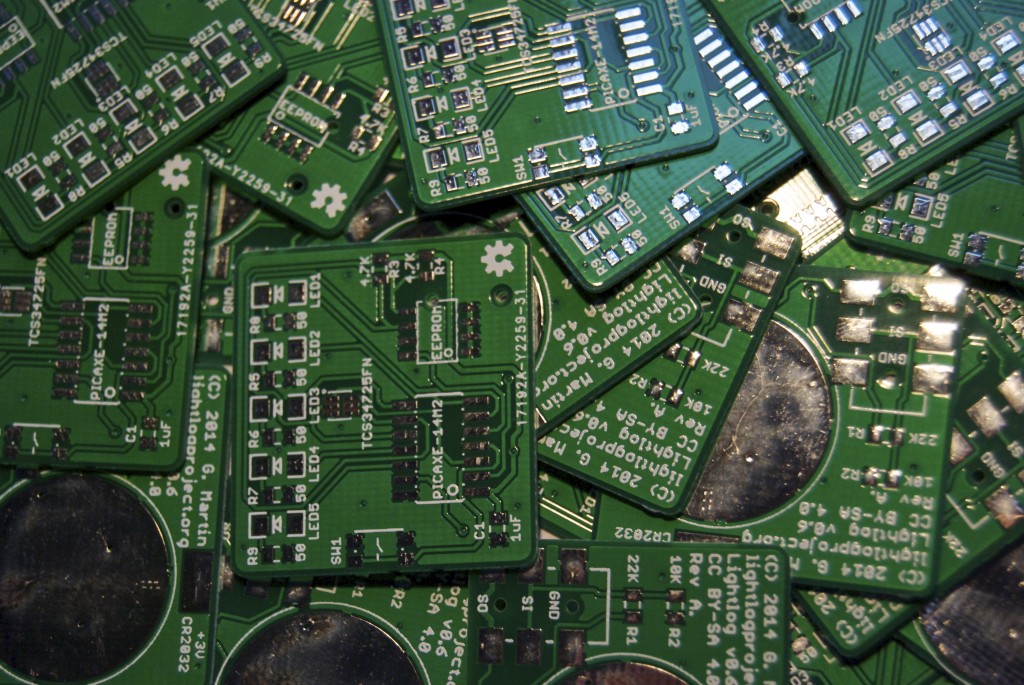 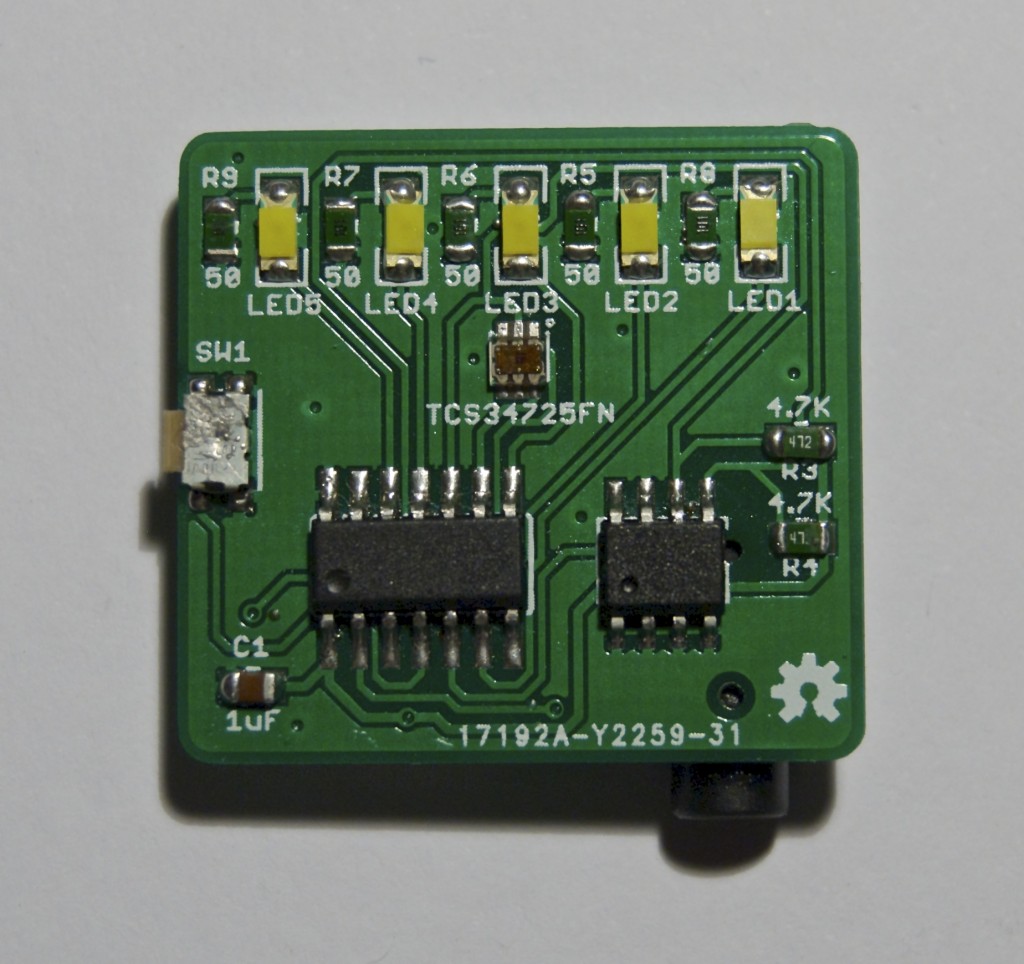